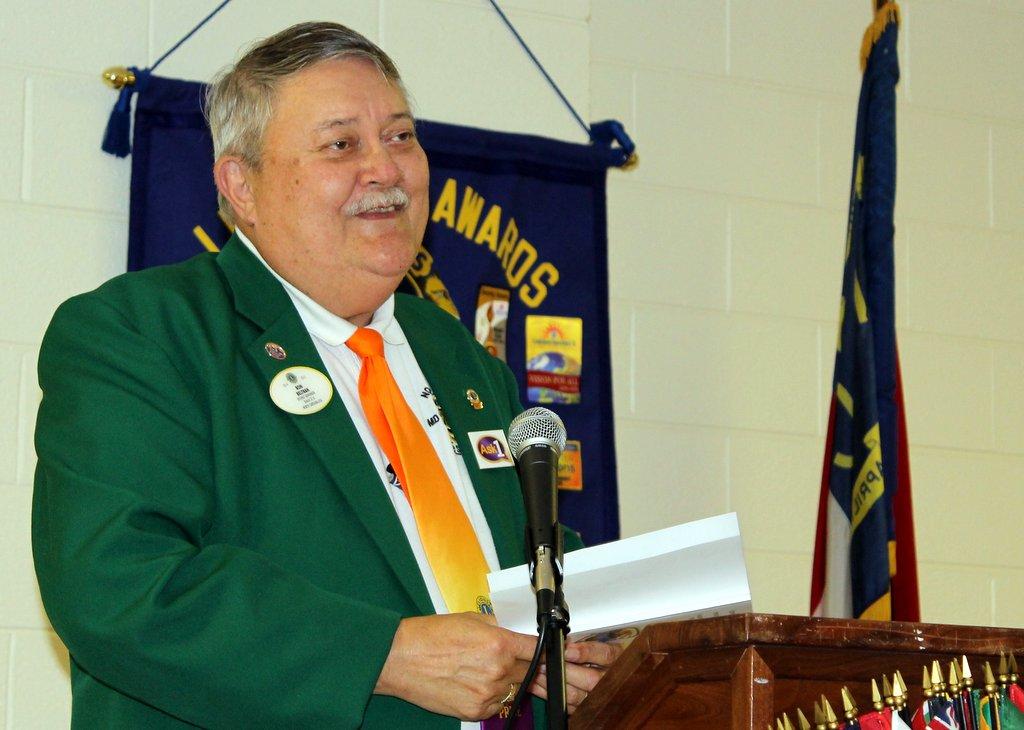 Our new District Governor Lion Ron Beltran was our guest speaker tonight. He and his wife Lion Barbara have been Lions since 2000 and they currently reside in Durham, NC.  They are originally from Arizona and moved to Durham in 2003 to be near their grandchildren.

District Governor Ron spoke about the theme this year which is “Strengthen The Pride” referring to  our Lions Club family. We need to focus on retaining existing members while we continue to recruit new ones.  Recently he and some other lions did some recruiting at UNC and signed up 39 new members in one day!   When interviewing the prospects they learned that they were much more interested in actually doing service projects than in attending meetings.  We should be encouraged by that because “We Serve”!

District Governor Ron also spoke about the Lions Kidsight USA initiative that tests vision for children from 6 months to 6 years old. There is new and revolutionary technology that can retina scan for eye testing. This enables us to test young children (who cannot read yet) and can detect vision issues at an age when there is still time for correction. Each Optical Testing Unit costs around $7,000. Lions clubs that already have these units have been very busy doing screenings. For example, the Sanford Lions Club has done 90 screenings since January of this year. We are encouraged to consider purchasing one for our club.  The Kidsight USA program focuses on ages 6 months to 6 years old because these ages are most likely to have un-diagnosed issues
which could be cured if caught early enough. 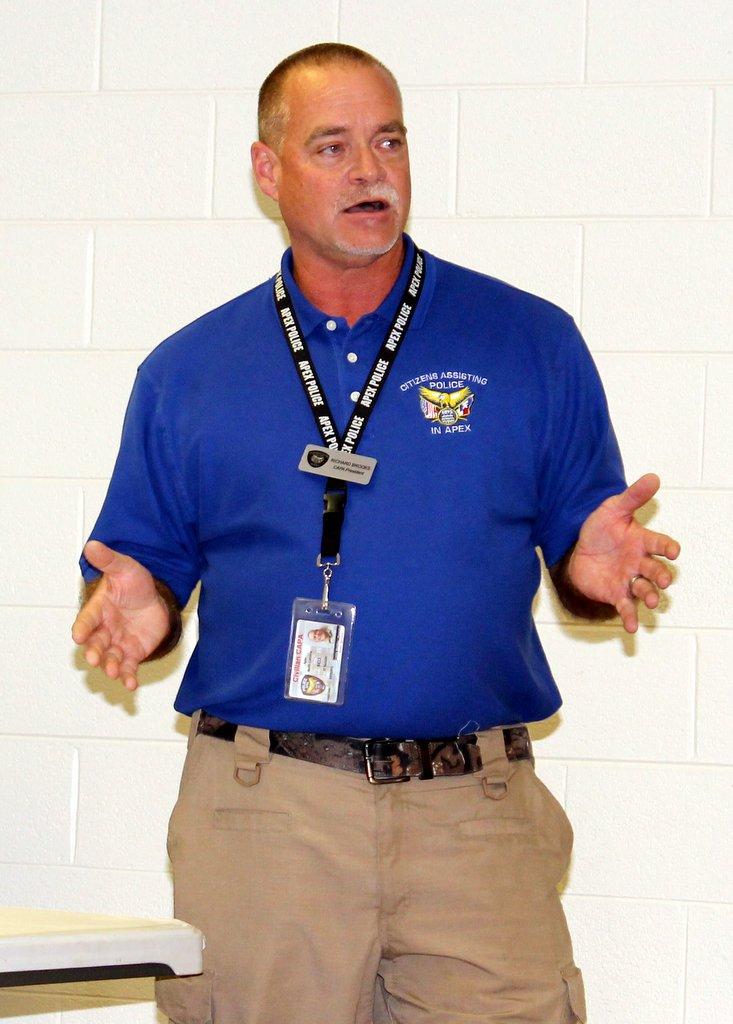 At the beginning of our meeting, Richard Brooks from Citizens Assisting Police in Apex (CAPA) visited us to personally thank the Apex Lions for a generous donation and to hand deliver a thank you card. The Identification Kit that we helped CAPA purchase will be used for creating IDs for children and will also be used for senior citizen centers in Apex & Cary.

Also, Lion Horace spoke with us about the NC State Fair coming up this month. We have a work day to prepare the building this coming Saturday, the 4th. The Leo Club at Panther Creek has 29 volunteers signed up for shifts at the State Fair. Way to go Leos!