The 2017 Mid-Winter Convention for NC Lions Districts 31 N & S was held in Greenville North Carolina January 20-21.  Friday nights activities included entertainment by The Seaside Band from Kenly, NC.  Two of the members of the band are Lions. 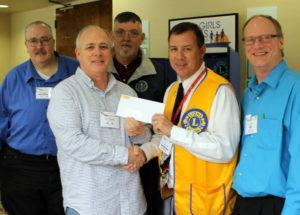 Saturday morning’s Tail Twister breakfast was attended by 128 and raised more than $1600 for Brighter Visions through the auction of items donated by clubs and raffle tickets sold.  Later in the afternoon there were exhibitions from VIP Fishing Tournament, Leader Dog, Boys & Girls Homes, Promotions, Pin Traders as well as several informative seminars on subjects such as recruiting and retention, fundraising and technology as well as a Town Hall meeting.   While visiting the exhibitions, the Apex Lions Club took the opportunity to present the Boys & Girls Homes representatives with 36 cans of food and a check for $250 to buy more.  Additionally, we delivered 2200 eyeglasses and almost 800 raffle tickets.

One session I attended was by Lion Peter Crumbly who is now fully blind.  The subject was entitled “Technology To Aid VIPs To Achieve An Enhanced Independent Lifestyle”.  He discussed some of the various technologies that have been created over the years and are currently in use.  As a person who now lives with blindness and has experience using much of the technology available he had some very interesting insights about the subject.  While most people (including Lions) think about tools like JAWS and specialty devices as being the current state of the art technology, there are actually better, more effective and often less costly solutions available today.  Many of these solutions make use of the technology in mobile phones which have cameras and internet connectivity now.  Lion Peter plans on making his presentation available online in the coming weeks and we will bring that you you when that happens. 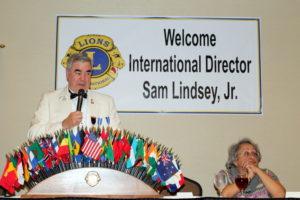 The special guest speaker for the weekend was International Directory Sam Lindsey from Texas.  Lion Sam is a first time International Director so he has a very fresh perspective of what it’s like to have a first hand look at the magnitude of Lionism from a global perspective.  He shared several stories with us about how easy it is to get caught up in the mindset sometimes that our local club is all there is.  But when you personally have an “aha” moment where you are touched by what your local club does – or when you get a glimpse at just how big and far reaching the affects of Lions Clubs are internationally – it’s hard not have have your heart swell with pride about the impact we have. 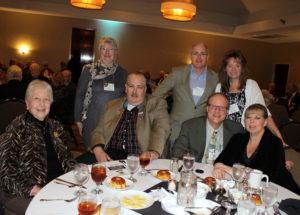 At the banquet dinner on Saturday night there were 197 lions and guests in attendance.  The Apex Lions Club was well represented by the following lions:  Lion Pat Nemmers, Lions Tony & Debbie Granada, Lions Barbara Faber & PDG Wayne Faber, and Lions John & Joe’l Lynde.   Peace poster awards were given for each of the districts with the District S entry coming from the North Raleigh club.  There were several other awards given which you can read about on the District 31S website at NCLions31S.org.  International Director Sam Lindsey’s keynote message was centered around the centennial celebration of Lionism and humanitarian work done around the world in our local communities. 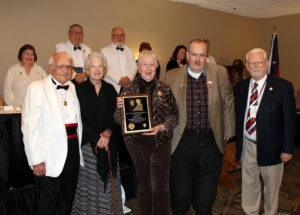 A highlight of the night was when Lion Barbara Faber was presented a VIP Fishing Tournament Ambassador award by her son PDG Lion Wayne Faber.  This award is in honor of Dr. Lacy Presnell and his wife Esther.