The 2015 Mid-Winter Convention is now complete. It was bittersweet in that it was a good convention but, sadly, it was the last such convention for District 31-G.  That’s because we will be redistricting next year and will be a part of new District 31-S going forward. On the bright side, we are going to have the opportunity to know and work with some new Lions! More on that a little later. 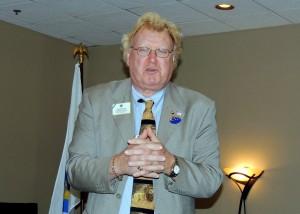 Our guest speaker for the weekend was International Director John Pettis from Massachusetts. Lion John was quite a character in that he was entertaining and also very inspirational. He had a great sense of humor and even played some practical jokes throughout the week to keep things fun. His message was a very positive one about changes that are occurring in Lions Clubs International.

As you may know, the numbers of Lions in the USA has been on a steady decline for a few years. The good news is that there is evidence that the decline is not only slowing, but in some areas of the country it is actually reversing and numbers are on the rise in the south west. It remains clear, however, that we will need to change and adapt to continue to attract and retain members. But we should not forget that the work we do is (and always will be) very important and people know that. So there is reason to be optimistic about the future of Lions Clubs International and even Lionism in the USA. 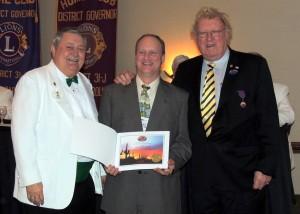 As District Governor, Lion Ron Beltran is able to nominate a certain number of Lions for International President Certificates of Appreciation awards signed by International President Joe Preston.  He said “although there are so many Lions who are working hard and accomplishing great things, these awards are for the Lions who are accomplishing things with results in excess of normal expectations”. The people that received these awards in District 31-G were: Lion John Lynde, Lion IPDG Sandy Scarlett and Lion PDG Lee Harvey.  In addition, DG Ron Beltran was able to nominate 2 Beacon of Hope awards and those went to PDG Peggy McGohan and Lion John Cristafi. 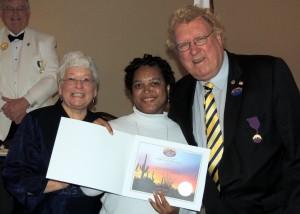 One other award recipient you may want to know about was Lion Paranita Carpenter from District 31-J. Lion Paranita also received this International President Certificates of Appreciation awards for her work on the District 31-J Newsletter. That newsletter was voted the best newsletter not just in the state, or even in the USA but in the entire world! Congratulations to Lion Paranita!  We are very fortunate to have her in our new district.

International Director John Pettis gave us some background about his theme which is the “Heart of a Lion”. When our own family is in need we help them because they are family and that is what family does. When someone in our community is in need we can help them and that is the right thing to do as a decent human being. But when we perform service to benefit people who we do not even know and will probably never meet, that is way above and beyond and demonstrates the “Heart of a Lion”. That is what Lionism is all about and why it is so special. He shared his own personal reason for having so much passion about Lions as well. Back in 1951 a doctor/scientist noticed that frequently premature babies who were placed in incubators were going in with sight but coming out blind. He wanted to know why so he asked the Lions for a grant of $3000. The Lions wanted to help so they gave him almost double – $5000 for research. Within a year he had determined that the oxygen levels were too high and were burning the babies eyes causing the blindness. A simple valve that cost 50 cents was the solution to this problem. More recently, a baby was born that was 16 weeks premature so he spent the first 16 weeks of his life in an incubator. Because of the work that was sponsored back in 1951 by the Lions that baby is grown and still has his sight today. That baby also happens to be International Directory John Pettis’ grandson! What a great reason to be a Lion!

He left us with this old adage which says: “Where there is a need, there is a Lion” Be proud to be that Lion!