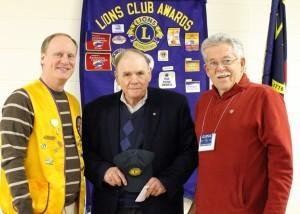 The idea of a home for orphaned, neglected or otherwise needy children was inspired by a very touching episode with Funeral Director A.D. Peacock from Whiteville, NC. Because of his profession, Mr. Peacock had the opportunity to witness many sad situations, many of which left children with one or no parent. On a particularly cold night in the fall of 1954 he had the occasion to prepare the body of the mother of four boys for visitation in the home. The father was not in the picture. Their situation was destitute. Mr. Peacock knew something had to be done and decided it was up to him to initiate it. So he took the situation to his local Civitan Club and they put a plan into action immediately. Two short months later the Boys Home of North Carolina was chartered. 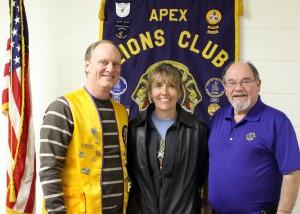 At our state convention in Asheville in 1959 the Lions of North Carolina adopted the Boys Home of NC as a statewide project. A cottage for 16 boys was completed in 1960. The Lions of NC have been strong supporters of the Home since. And the Apex Lions club has been a loyal supporter as well.

Since 1954, Dist. 31-G has assisted with 297 children.in 2013 the Lions of 31-G contributed $38,246.00 in monetary and other-than cash services. Through the years, the Home has served children from 99 of the 100 counties in North Carolina. Many of the children are referred through Social Services agencies. The Home is accredited by the Council of Accreditation. The Charter School on campus was approved by the NC Department of Instruction in the fall of 2013. Here are some noteworthy statistics:

Note: The Home offers scholarship support for those who choose to college

Here are some ways you can help the Boys and Girls Home of NC: