Our annual banquet this year was full of fun and surprises.  We had another spectacular year at the NC State Fair raising a record $32,000!  Our special guest speaker was Past International Director Sid Scruggs.  This was a special treat since it was also his anniversary (but lucky for him he brought his wife and we provided the dinner).  Not shown is Lion Carl Cromwell who was also awarded a Jack Stickley Fellowship award but he was unable to attend the meeting.  And the Apex Lions Club was recognized for our many years of service with the roadside cleanup project.  The scouts do most of the work on that project, actually, but we do keep it going and help organize it.

In addition, the following years of service awards were presented:

It’s been said that a picture is worth a thousand words so here are some pictures from the event: 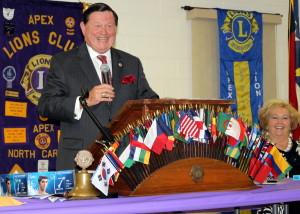 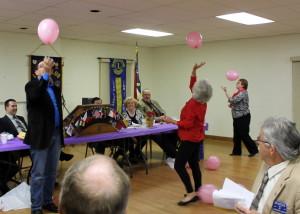 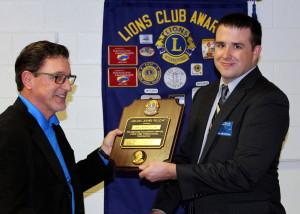 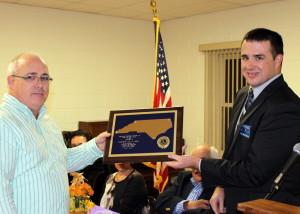 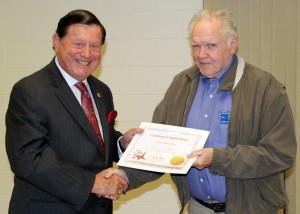 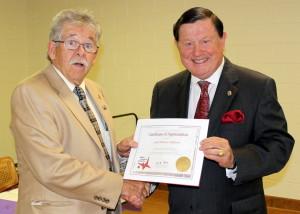 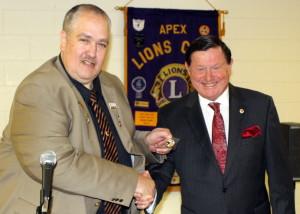 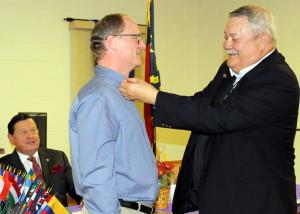 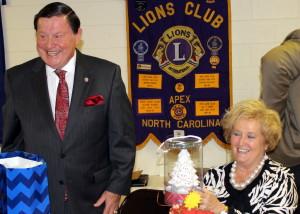 Past International Director Sid Scruggs and his wife Julie accepting an anniversary gift from out club.