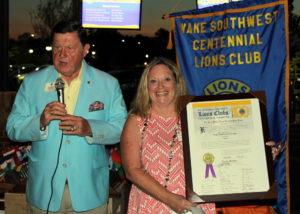 Photos from the event are provided in the album links below.  Album 1 is from Lion John Lynde and album 2 is from Lion Melissa Burgess