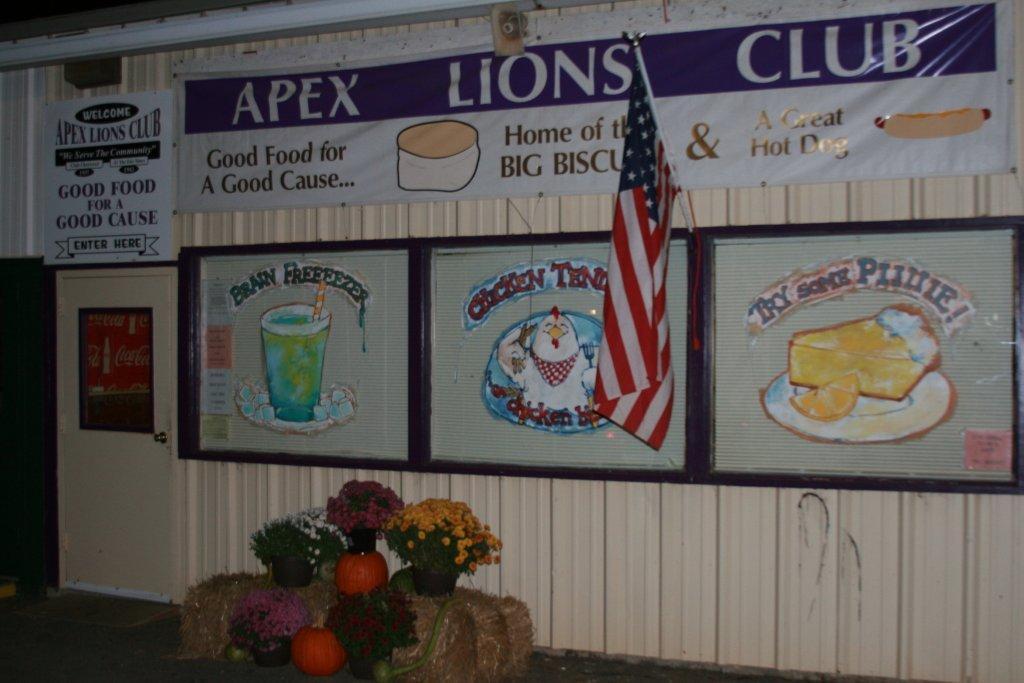 Thanks to everyone who volunteered to work at the Fair Booth this year. With the exceptions of a couple periods we had good coverage during the entire fair. We had great support from our Lions, Scouts, Leo’s, CAPA and Friends of Lions. The weather was on our side. Not a drop of rain fell from opening day until I locked the doors on the booth until next year. Yes we did have a huge rain storm on Wednesday prior to opening and we missed out on our normal sales for that day.

We served some 170 sight impaired during the course of the fair. Governor Morehead accounted for 95 of these folks. We also fed a few individuals who said they had no money and want to eat. This is what Lions do, you know.

Our sales were down slightly from last year primarily due to the rain out on Wednesday. We just could not make up those lost sales. This year’s fair saw 929,748 visitors’ walk through the gates at the fairgrounds compared to 927,563 in 2013. In my view I think folks actually spent a bit less than previous years as well. Most of your neighbors were also down on sales also.

Cost of goods was up on most items from last year. Prices were raised on a few key items in an attempt to recover those costs and hold our profits in line with last year.

Over all things went very smooth. Our new Biscuit team did a great job keeping our “Home of The Big Biscuit” status. Our Sweet Potato Biscuit continued to show a good demand as well. We test marketed a new item, a fried corn fritter, and got great feedback. We will launch it next year. Our limitations being space but we will figure out a way.

Our new used deep fryer performed very well. It gave us more output than the old one. This one cost us about $650 compared to a new one at $ 3.700, thanks to Craigslist. The new hood and ventilation system was a huge improvement pulling out more smoke and heat than we expected. A special thanks to Kenny and his team from Apex Heating and Air for their help building and installing it.

Thanks to all who made 2014 Fair Booth Project a Success!