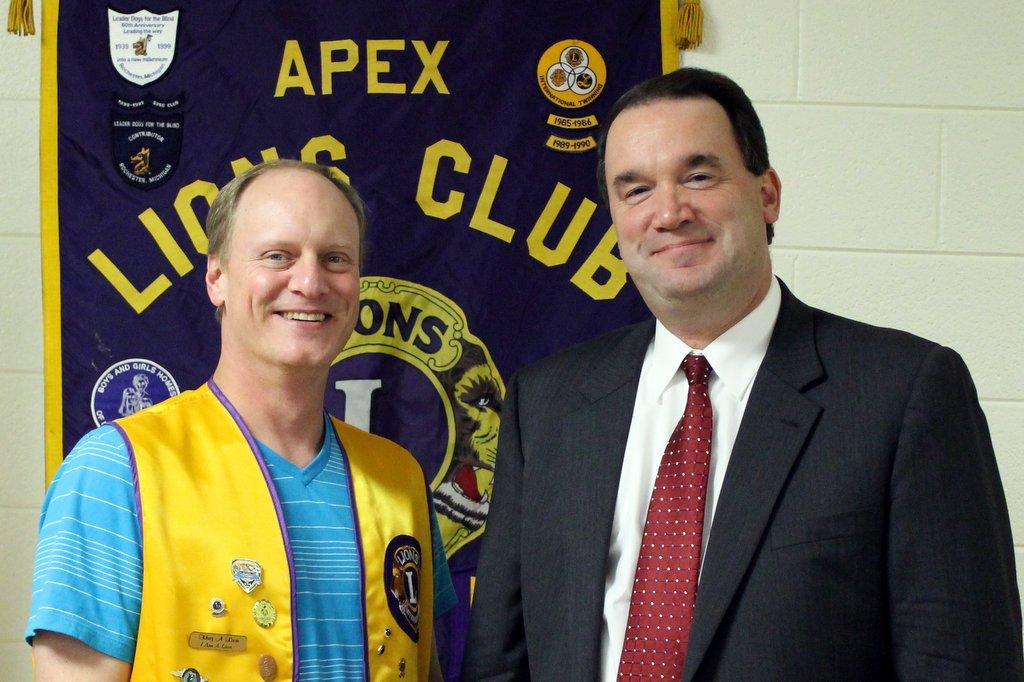 The Credit Union was started in Raleigh in 1937 in the basement of the Agriculture Building by 17 charter members. In the early days, money was stored in a cash box and records were kept by the treasurer in a ledger book.  Since then it has grown to a very large organization with approximately 254 branches and 1.9 million members.  It is a not for profit, cooperative owned by the members which consist of NC State government employees, teachers and their families.

Chris shared with us some of the programs that the credit union offers its members, how they were established, and the motivation behind much of what the credit union does today.  They offer a lot of the standard services that you would expect from a financial institution these days but many of the services have lower fees than the competition.  This is because they are a not for profit organization and that means that they operate under different motivations.  The CashPoints terminals, for example, do not charge a surcharge fee.  That is because the goal is not to make money off of the machines, but rather to offer a service at a lower cost to the members.  And since the machines essentially pay for themselves, it is not necessary to add a surcharge.  That’s a little different than how most banks operate!

Several of their programs were established to combat predatory practices of others by providing better alternatives.  The check cashing service, for example, is an award winning program that was created to provide an alternative to the extremely high fees that were being charged by others at the time.  Not only does the credit union program charge lower fees, it also automatically puts a percentage of the money in a savings account automatically so the person using the service starts saving money as well.  The program was so successful that the credit union was able to work with the state government to drive out the competition completely.

There are many other programs offered in addition to the standard savings, checking and CD accounts such as: mortgages, life insurance, investment programs, tax preparation services, car purchasing program, estate planning essentials, special accounts for children and teens to help them learn how to save money, and college 529 plans to name just a few.

Each member is required to have a savings account called a “share” account – representing each member’s share of ownership in the Credit Union. Each member must maintain a share account with a $25 minimum balance. Also, the State Employees’ Credit Union Foundation was chartered in 2004 to provide local community development thru high impact projects. The SECU Foundation is funded by a $1 monthly donation from each member’s checking account. With over $1 million checking accounts, the SECU Foundation has available $12 million annually to fund community projects – including a $10,000 Scholarship to one graduating senior at every public High School in North Carolina every year. The SECU Foundation also funds grants for major projects such as the “SECU Family House” in Chapel Hill, the “SECU Cancer Center” in Asheville, and the “SECU Daily Planet – NC Museum of Natural Sciences” to name a few.