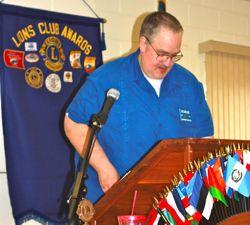 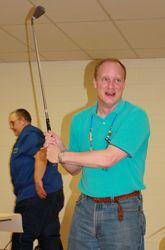 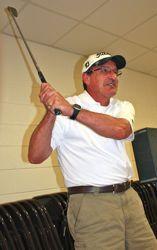 Well, we had a very short meeting this evening.  Our scheduled speaker was unable to attend so our own Past District Governor Lion Wayne Faber spoke with us about the plans that are being presented this year for redistricting the state.  The unfortunate situation that we find ourselves in is that most of our current districts have a smaller number of Lions than what we should so there has been some discussion about how to solve that problem.  The current proposal is that we redistrict the state to consolidate in such a way as to have enough lions in each district to meet the goal numbers.  So the up side is that by executing on such a plan, we can solve the problem with a simple decision and some reorganization.  But there are some down sides as well.  The first one being that the area of each district would increase.  That would mean that district governors and other speakers could potentially have much greater distances to travel when they are asked to speak at various clubs in their district.  And there are financial considerations as well since each district currently has their own budget, for example.  So this is far from an easy decision to make.  We took a few minutes to discuss these things as a club.  And while we did that, Lion John Lynde and Lion Greg Monteleone competed in a death match with golf clubs … ok, it was really just an endurance competition to see who would stand there the longest… for a hat from the 2013 Masters tournament.  Man, the things our (World’s Greatest) Tail Twister, Lion John Potts, gets us to do!  When the discussion about redistricting was over, we adjourned and called it a night!